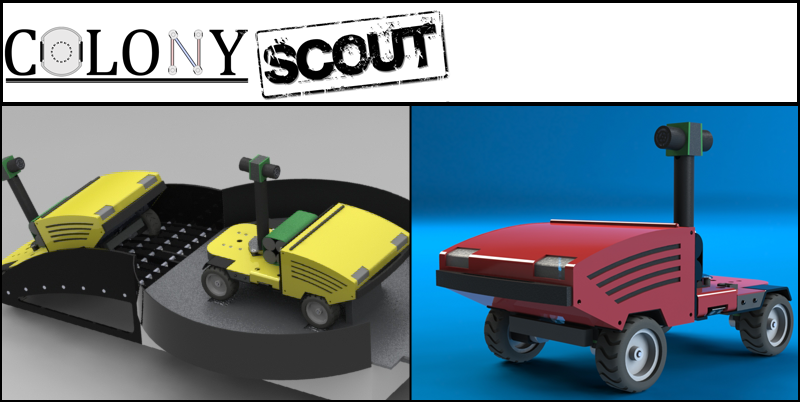 Colony Scout is a proposed redesign of the current dragonfly based platform targeted for deployment during the 2010-2011 timeframe. Preliminary design is being handled by dshope@andrew.cmu.edu for mechanical systems. Prototype testing commenced June 2009. As of 10-05-2010 we are on our 4th major mechanical generation and 3rd major electrical. We are hoping to move into production by March, 2011. From there it will be all about software and getting the 'bots doing interesting tasks.

The design is a 4WD, skid steer (turn in place) platform that extends the functionality of the existing platform. Design goals include a more robust sensor array, increased processing power, and the ability to explore non-level terrain. All systems (hardware & mechanical) would be designed in-house for a complete custom package. Off the shelf components are used where possible to minimize costs and simplify future maintenance. The target price per robot was $400 but PCB costs have pushed the build cost to $550/ea, still a very reasonable price.